Last year, around the middle of October, the kids got a letter from their Elf on the Shelf with a picture enclosed.  It was a fun reminder of the magic of the season for me and for them.  And, it was the reminder to behave.  Now, I can’t say that if it helped the behavior greatly or not (probably not), but it definitely gave wow, awe, and excitement.

I thought I would do something similar this year and scheduled it right before my husband and I went on a little anniversary trip, sans kids.  A little reminder to behave from someone other than the parents couldn’t hurt, right?  This time our Elf (Goley Soley, named by Moira 2 years ago) sent a special letter and a pine cone from the North Pole.

If your Elf needs some help with the letter, this is what to do–Paint a wooden spool.  Cut some strips of paper to the size for wrapping around the spool.  Get some wash tape.

Connect the strips of paper using the washi tape.  Write the special message on the inside of the paper.

Hot glue the end of the paper, on the inside, to the spool.  Wrap it around the spool and fasten the end with another piece of washi.

Address a small muslin bag (or something similar) and put an Elf-Stamp on it.  Make sure it arrives in the mail.

Then, grab a camera and capture the wonder in the little ones’ eyes when they see that a magical little package has arrived from that magical little friend.

That glittery pine cone from the North Pole might be this little girl’s favorite little thing right now!

Or So She Says

Brag About It Link Party

A to Zebra Celebrations

Welcome! I’m Anne, the creator and keeper of Circus Berry.  On this blog you can find party inspiration, home decor ideas, food and drink recipes, lots of crafts and DIY, photography, and some little snippets of life in general.  Want to know more?

Interested in seeing some of the  spark-tacular events designed by Circus Berry? I invite you to look here. 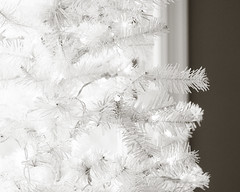 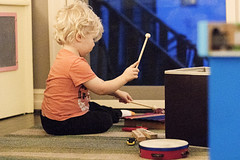 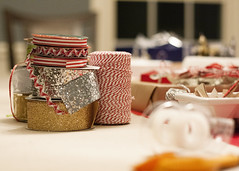